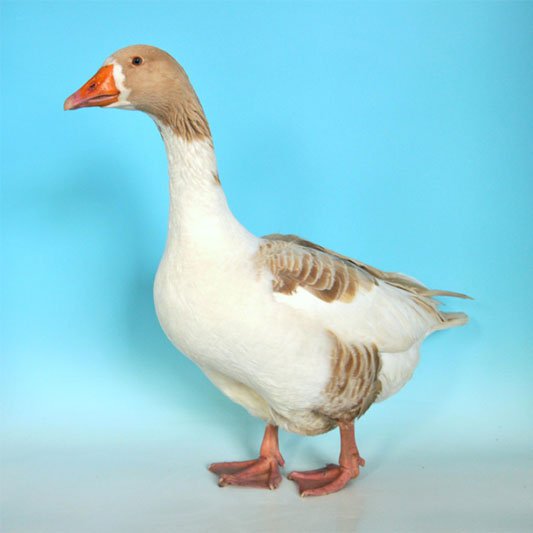 This is an attractive goose with a white background overlaid with buff markings on head, part of neck, a saddleback and thigh coverts. Geese of this kind have long been known as ‘Saddlebacks’ The Saddleback race, in both grey and buff forms, has been bred entirely for utility throughout Europe for many centuries. Formerly regarded as belonging to the race of Pomeranian geese, it has been distinguished from these in having a dual-lobed paunch and orangebeakandfeet. It isuncertainhowthebuffbackcolourwasdeveloped, althoughthereare several theories which have not been proven. This breed was standardised in the UK in 1982.