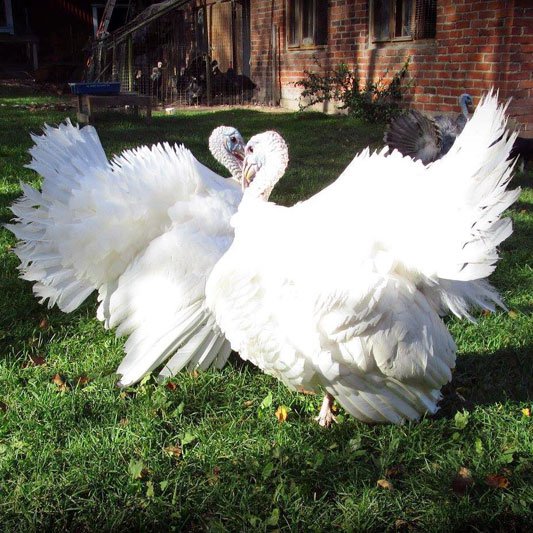 The White turkey has been found throughout the history of the turkey, since the Aztec period. It is believed to be a sport of other breeds, where the white gene has appeared dominant. The White Holland turkey was admitted to the American Standard of Perfection in 1874 and the Beltsville Small White was admitted in 1951. The British White, Austrian White and White Holland have all been bred in the UK. Different strains have been developed for the commercial sector.