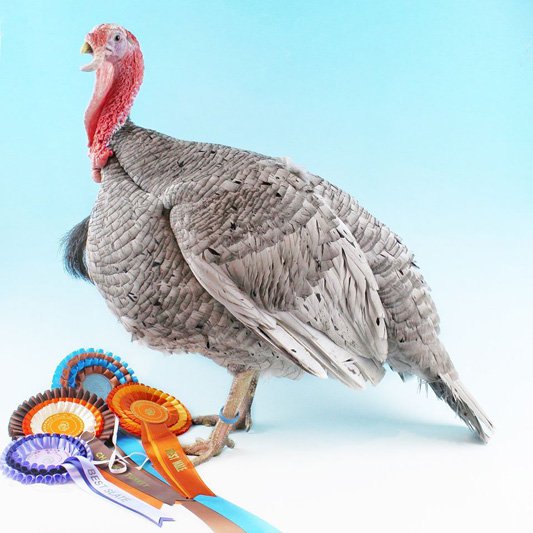 The Slate turkey is believed to have evolved from crossing Norfolk Blacks, introduced to America, with the Eastern Wild. The breed was admitted to the American Standard of Perfection in 1874. During the turn and early part of the twentieth century, the Slate and Blue turkeys were very popular at the London shows.