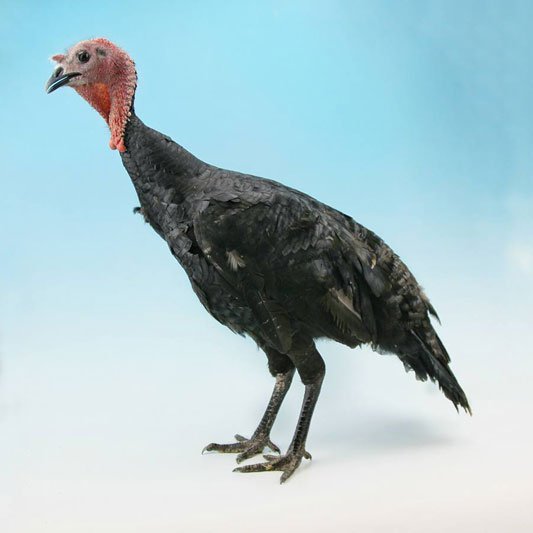 The Black turkey is believed to have been brought to England via Spain in the 1500s. Many farmers in East Anglia and especially Norfolk liked and kept this bird, hence its name. The Norfolk Black has developed over the centuries through selective breeding and is now recognised as English in origin. It was taken back to America in the 1600s, where it was cross bred with the Eastern Wild and from those matings came the Slate, Narragansett and Bronze.