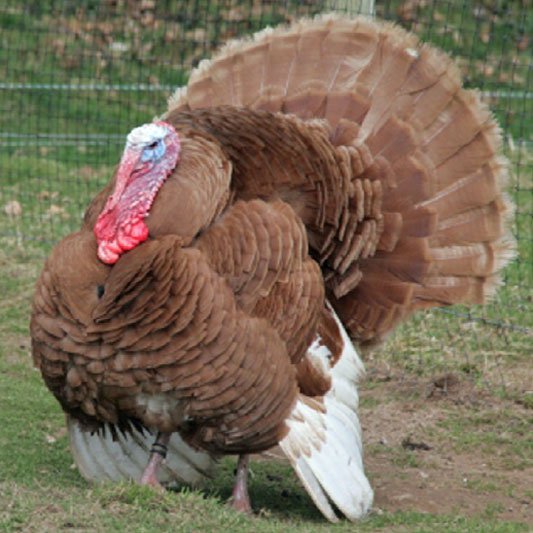 The Buff is named for the rich cinnamon colour of its body feathers. The breed was recognised by the American Poultry Association in 1874 but very few now exist in America and there is no longer a Standard for it there. The breed was extremely popular in Britain at the turn of the last century with its own Buff Turkey Club in the early 1900s.