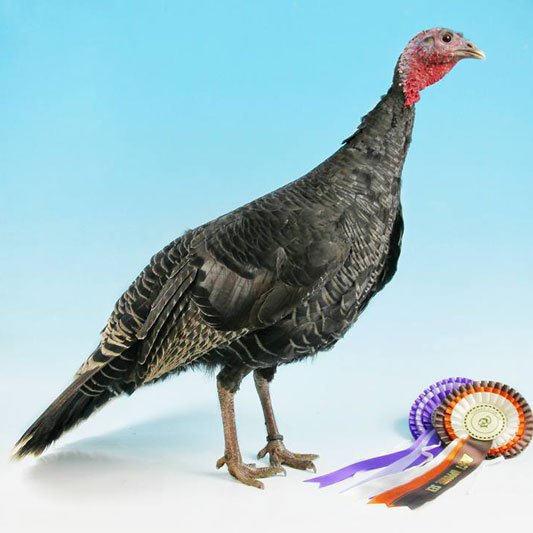 The bronze turkey is the closest in colouring to the Eastern Wild. It is the most popular variety of turkey there is and a good Bronze is difficult to beat at exhibitions. The Bronze was further developed in England and reintroduced to the Americas, where it became extremely popular. They are often confused with the broad breasted (meat birds). There are far fewer pure standard Bronzes than broad-breasted Bronzes. In the British Poultry Standards, third edition (1978), the Mammoth Bronze and Cambridge Bronze were Standardised under the name Bronze.