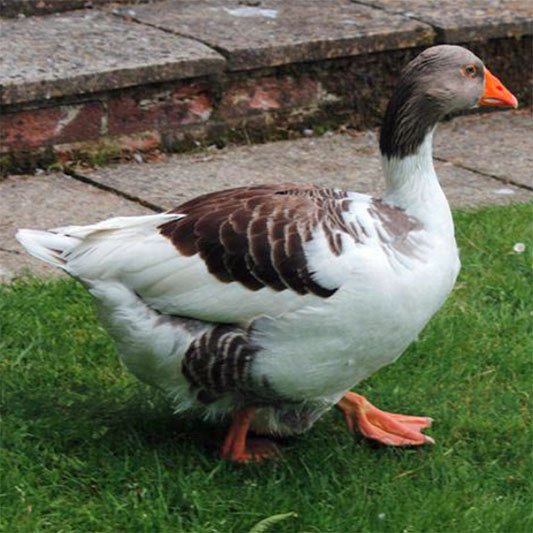 This breed of goose is of the same type and pattern as the Buff Back except that the buff colouring is replaced by grey. Grey and white ‘pied’ geese occur in many parts of Northern Europe including the UK, where by 1906 these geese had long been known, and esteemed, as Saddlebacks. It has always been a popular colour pattern. This breed should not be confused with the Pomeranian, as, although in appearance they may look similar, the Grey Back is dual lobed with orange beak and feet. It was first included in the British Poultry Standards in 1982.