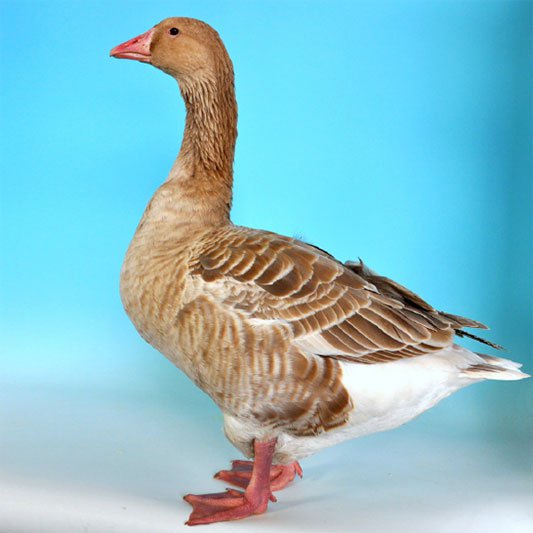 As the name suggests, this breed has its origins in the hills of Breconshire, Wales. The overall buff colour, unique among British geese, attracted Rhys Williams, who is credited with collecting and developing this breed in the late 1920s and working with them until they were breeding true. The Standard was initially published in Feathered World in 1934 and then in the 1954 British Poultry Standards. It is a hardy, active breed.