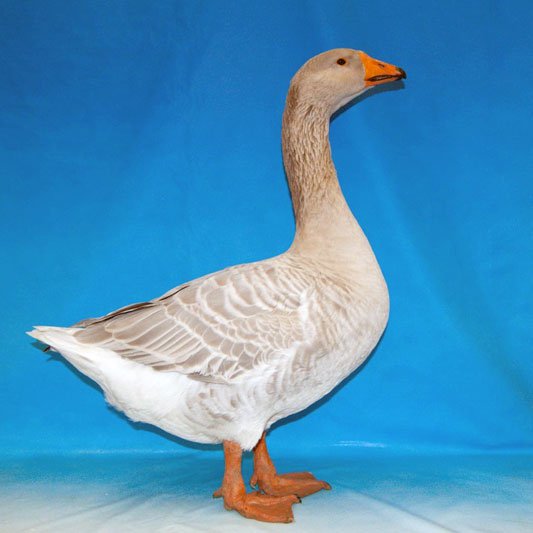 Often known as a fighting goose, the Steinbacher is probably no more aggressive than any other breed, especially in the breeding season, when all ganders will protect their group. They come from the local geese of Thuringia crossed with Chinese at the end of the nineteenth century, and developed into a distinctive breed described in ‘Thüringer Geflügelzüchter’, which was standardised in Germany in 1932, but it did not appear in the British Poultry Standards until 1997. It has rapidly grown in popularity in the UK due to the blue and lavender colour varieties that are found in this country. In Europe it is available in grey, blue, lavender cream and buff varieties.