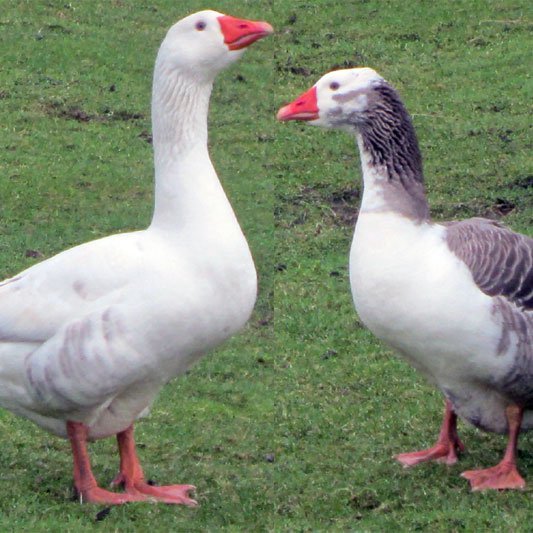 This is a small, hardy autosexing breed from Britain’s most northerly isles. The breed is a very old breed and was used locally by crofters to reduce the burden of liver fluke that was rife in the wet, marshy land, liver fluke being the enemy of livestock, especially sheep. The geese lay a clutch of eggs before sitting, laying up to 20 when managed well, and they make a meaty carcase. It was first included in the British Poultry Standards in 2008.