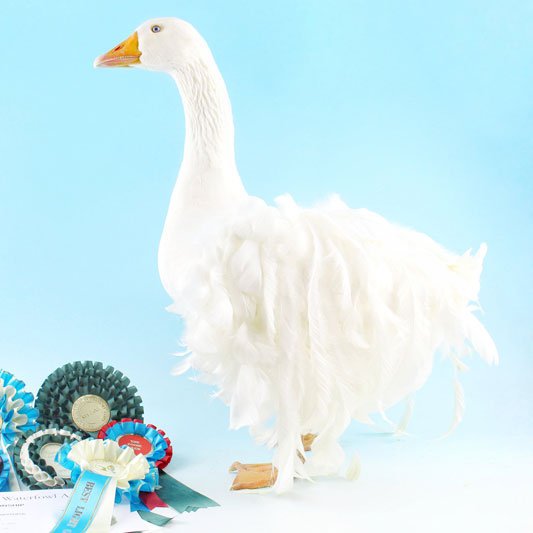 The Sebastopol takes its name from the Black Sea port of the same name. They were introduced into the UK by the diplomat Lord Dufferin in 1860, when he was sent to sort out problems in countries surrounding the Black Sea. Sebastopol geese occur widely in these areas and around the Danube and its tributaries.

The Sebastopol is unique and instantly recognisable in that it has curled, soft quilled feathers. There are two forms of the Sebastopol. The smooth breasted has normal feathers on the head, neck, breast and abdomen, with long curled feathers trailing from wings, back and tail. The curly breasted has a more pronounced curl to the feathers, which also cover the breast and abdomen, as well as the back, wings and tail. The curly breasted was standardised in the UK as ‘frizzle’ in 1982 and the smooth breasted in 1997.