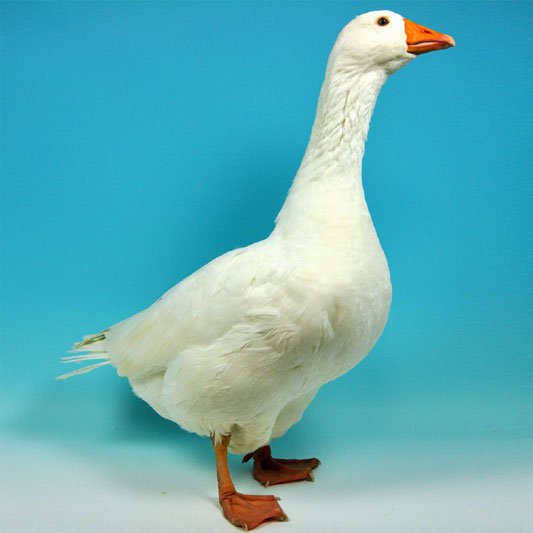 Supposedly the breed of geese that saved Ancient Rome from a night-time attack by the Gauls: the geese heard the enemy, and the noise the geese made alerted the guards and the Roman citadel was saved.

The Roman is a small, cobby goose which was first introduced into the UK at the beginning of the twentieth century. It was standardised in the 1982 edition of the British Poultry Standards. They also occur in a crested form.