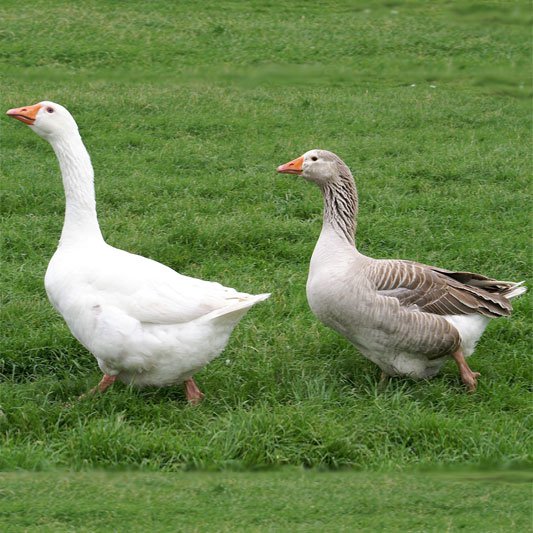 This is known as an autosexing breed because the males and females are a different colour: the gander is white and the goose grey. Autosexing geese in these colours have been found in the USA, the UK, France, parts of Northern Europe and Australia. Their exact origins are unclear but they may well have been taken to the eastern states of the USA by early settlers from Europe. Oscar Grow, an expert on waterfowl in the USA, claims to have developed the breed in Iowa; when he relocated to Missouri in the Great Depression of the 1930s he named the breed Pilgrim in memory of this move. Alternative evidence suggests they originate from northern Europe and were distributed throughout Europe by human migration and settlement. The breed was first standardised in the USA in 1939 but, despite being common as farmyard geese in the UK, were not standardised in the UK until 1982.

The Pilgrim has a reputation for being an easy to keep, personable bird, with good parenting qualities and a fast growth rate.