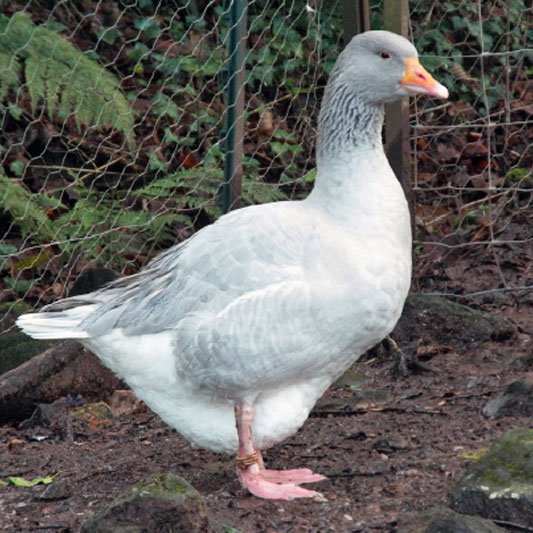 This is an old breed that developed along the flood plains of the winding Rivers Main and Fränkische Saale. This area was part of the former Duchy of Franconia, in southern Germany. Various coloured (blue, buff and pied) small geese living in this region were selected and bred by farmers, resulting in a small, hardy, active goose capable of raising good numbers of fast growing goslings. They required little feed in harsh winters and were good for meat and feathers.

At the beginning of the twenty-first century, good examples of the breed were collected by Ernst Messinger and Martin Wirsching, who began selective breeding to refine the breed. They produced birds of impressive quality that they took to top shows. They began distributing young stock to other breeders and the breed quickly gained popularity, and was bred and exhibited widely throughout Germany. The blue colour was accepted into the German Poultry Standards in 2008. Small numbers were imported into the UK from this time. It is included in the British Poultry Standards for the first time in 2018.