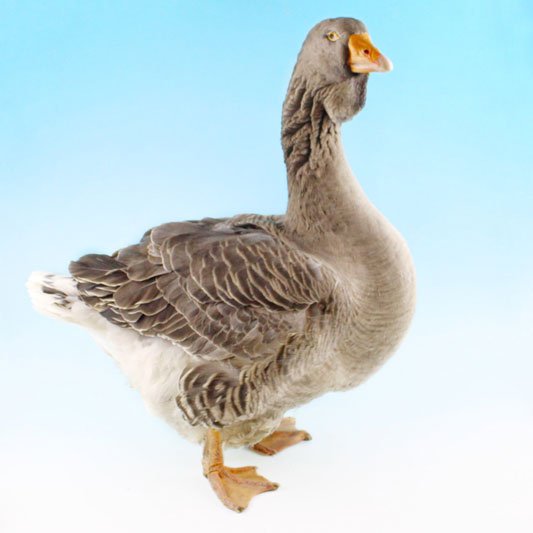 As suggested by its name the Toulouse originated and was developed in the Toulouse region of France. It was bred for meat and was also famous for the production of pâté de foie gras. A large, heavy bird was the result of all this breeding for meat. Because of this the Toulouse became sought after, being brought to the UK in the early 1840s by the then President of the Zoological Society, the 13th Earl of Derby. The Toulouse and Embden were the first breeds of geese to be standardised in the UK in 1865.

The Toulouse was also exported to the USA, and British and American breeders were responsible for further increasing the size of the breed and accentuating some of its features to produce a bird that has a slightly different appearance from the European-bred Toulouse.