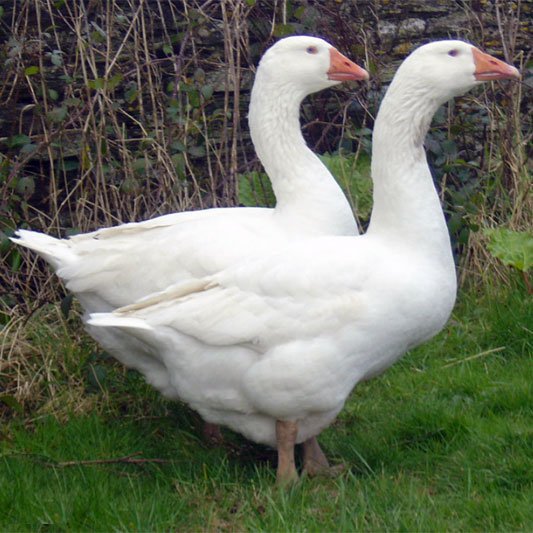 Along with the Toulouse, the Embden has been the longest standardised breed in the UK, both breeds being accepted for Standard in 1865. The Embden was also known as the Bremen and as a breed has been known for several centuries. It is a large, heavy, imposing bird, but gentle in nature. British breeders set about developing the breed and with careful selection increased its size and weight, with a good meat ratio. British Embdens have a slightly different appearance from the continental Embdens in that they are a solid bird with a good strong neck. Continental Embdens tend to have a longer, thinner neck, and this characteristic should be avoided if possible.