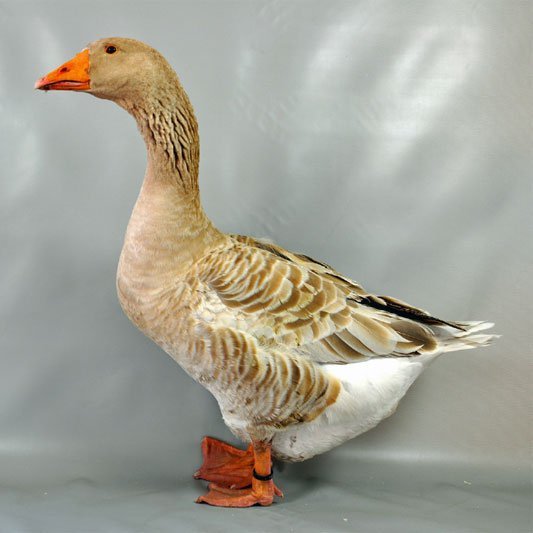 The American Buff was developed in North America from common farm geese and is descended from the wild Greylag goose, which inhabits Europe and North Asia. Its history is obscure and there are several theories on how it may have developed. It was standardised in the USA in 1947 and in the UK in 1982. It differs from the other solid buff-coloured geese, i.e. the British Brecon Buff and the German Celler goose, in being larger and having an orange beak and feet.