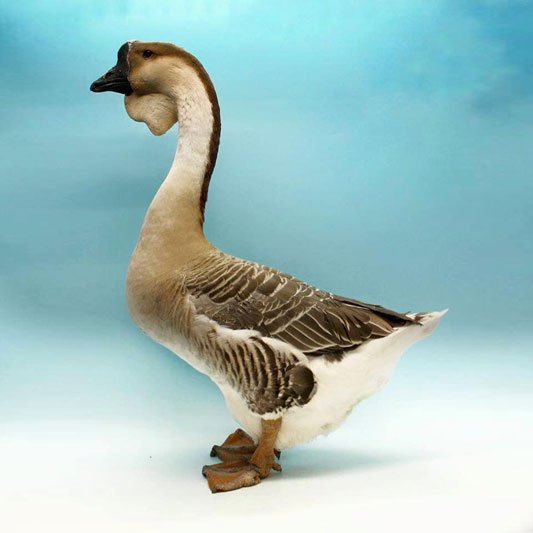 The African is among the largest and heaviest of the domestic breeds of geese. Both the African and Chinese have evolved from the wild swan goose (Anser cygnoides), an Asiatic species, and are distinguished from the Western breeds of geese in having a prominent ‘knob’ rising up from the base of the beak and having smooth, velvet (pile)-like feathering on their necks. The African also has a soft dewlap which hangs below its beak. This breed has been present in the UK since the late seventeenth century and, although standardised in the USA in 1874, it did not appear in the British Poultry Standards until 1982.

The name African is misleading as the swan goose is an Asiatic species.