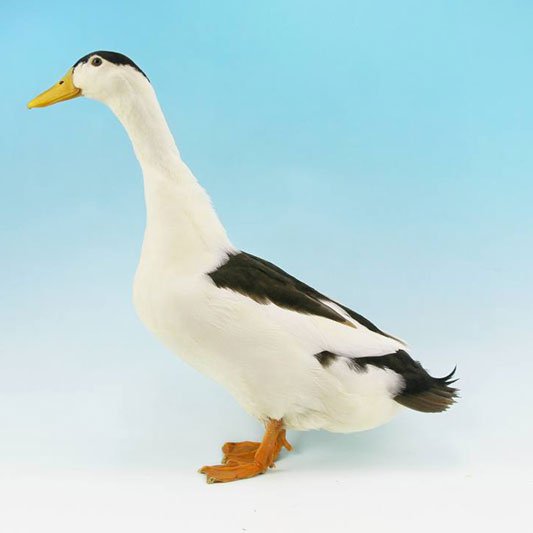 The Magpie is an unusual duck breed named only according to its original plumage markings of black and white. Developed by Reverend Gower Williams and Mr Oliver Drake in the years following the First World War, the breed was first standardised in the addendum to the 1926 Poultry Club Standards. It has a comparable colour form in the later German Altrheiner Elsterenten produced by Paul-Erwin Oswald.