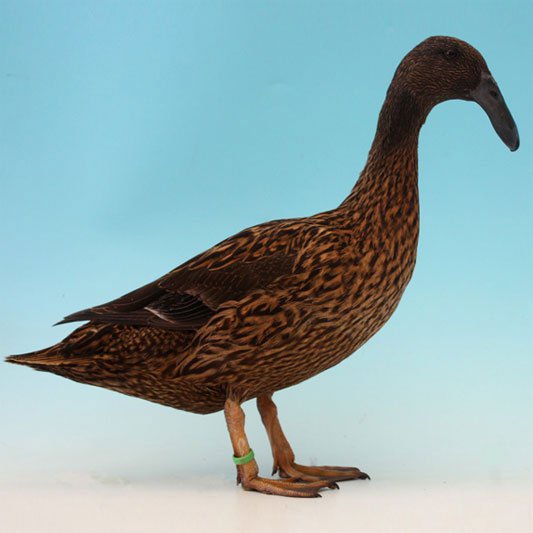 The Hook Bill is described and illustrated by Francis Willughby (in his Ornithology, published in 1678). Harrison Weir (1902) asserts that these birds are of Indian origin. He notes also that he saw them between 1837 and 1840 on the lake at Surrey Zoological Gardens. Weir maintains that the Dutch released their Hook Bills every morning onto the local canals and rivers, a very cost-effective way of feeding them. At dusk the birds flew back to their owners. Fancifully perhaps, he suggests that the bill and white bib made them distinct from the wild targets of the local hunters.

Both Durigen and Broekman (referred to in Schmidt, Puten, Perlhühner, Gänse, Enten, 1989) reinforce the Asiatic origin of the bird. Durigen calls it haken- or bogen-schnabel (hook or bow-bill). The name Krombekeenden occurs in the Dutch references and the Germans use the term Krummschnabel-Enten. How and when it arrived and later spread in Europe is not reported, although there is evidence (A. Bühle, 1860) that the bird was widely distributed throughout Europe in the mid-nineteenth century, centred particularly in Thuringia, where it was kept on garden ponds for egg-laying and as a prized meat bird.