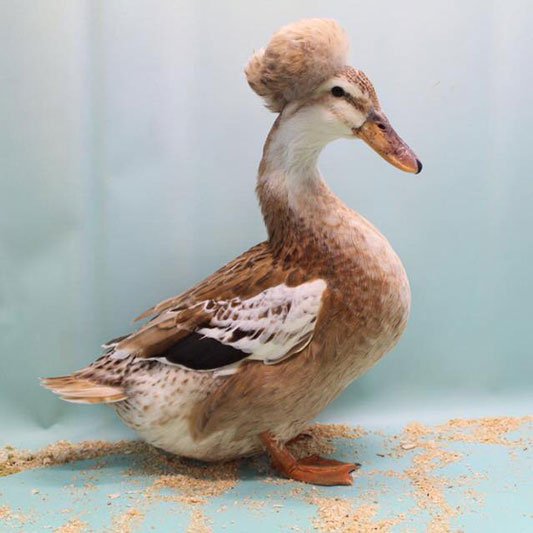 Darwin described the ‘Tufted Duck’ (1868) which he obtained from The Netherlands, as well as another sent to him ‘from the Malayan archipelago’. The connection is significant. Dutch trading interests in Asia date back at least to 1602, when the Dutch East India Company was formed. Seventeenth century Dutch paintings by artists such as Jan Steen and Melchior d’Hondecoeter feature crested ducks and those with pied markings like the fawn and white Indian Runner. Bali Ducks also emerged from this part of Asia. Since a duck with crested genes would survive with difficulty in the wild, its development and cultivation may be jointly attributed to the inhabitants of the East Indies and the Dutch.