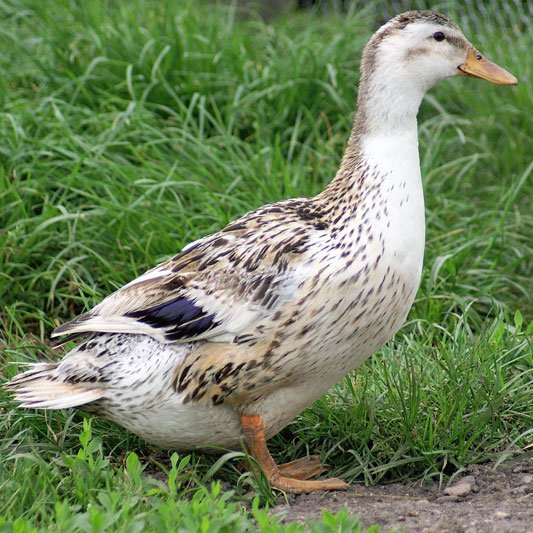 Originated by Reginald Appleyard in the mid-twentieth century, the Silver Appleyard was developed as a layer of ‘lots of big white eggs’ and as a white-skinned table bird that attained a weight of 3.0 kg (61 lb) (cold and plucked) at the age of nine weeks. For size, 4 carriage and basic plumage colour, it closely resembles the Rouen Clair. Its unique feature, however, is the expression of the restricted Mallard gene that limits the amount of pigment on the face and body plumage of both duck and drake. Little is known about the appearance of the first Appleyards other than from sources like the painting by Wippell commissioned in 1947. The modern Silver Appleyard (standardised in 1982) and its Miniature form (standardised in 1997) are largely the result of breeding by Tom Bartlett of Folly Farm.