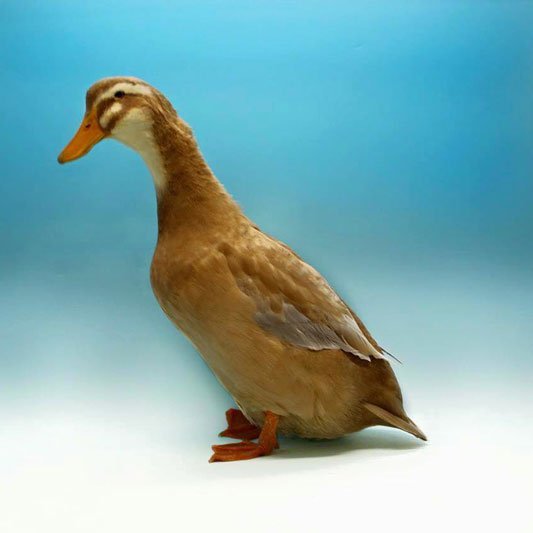 Developed mainly from Rouens, German Pekins and Blue Pommerns around 1930, the Saxony was bred by Albert Franz at Chemnitz. It was first exhibited at Chemnitz- Alten-dorf at the first Saxony County Show of 1934. However, the breed stock was almost entirely destroyed during the Second World War and in 1952 Franz was forced to begin a revival using small surviving flocks and reintroducing some of the other breeds employed earlier in 1930. The Saxony duck was recognised in East Germany (GDR) in 1957, in West Germany (FRG) the following year and in Great Britain in 1982.