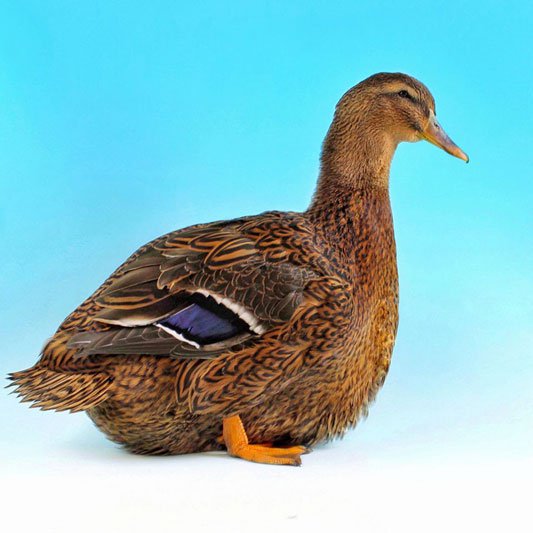 The Rouen is a very large domestic duck with plumage colour and markings that resemble those of the wild Mallard (Anas platyrhynchos). Originally produced in Normandy, from the area of Rouen, it was imported into southern England some time in the eighteenth century. Here its size, shape and colouring were further developed to such an extent that it was distinguished from the commercial French ducks by referring to it as the Rouen foncé (dark Rouen) or even ‘English Rouen’.

This was one of the first duck breeds standardised in Great Britain (in the original Standards of 1865), and is now valued more for its size and plumage markings in the exhibition pen than as a commercial meat bird. It has also been used as basic stock for breeding many of the duck breeds developed in the twentieth century.