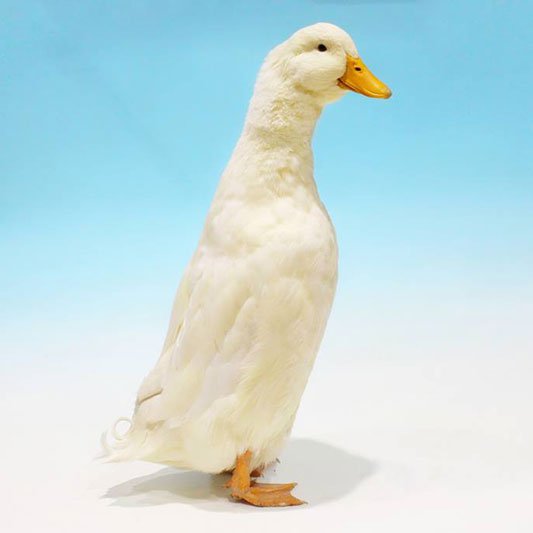 The Pekin was imported from China into Great Britain and America between 1872 and 1874. Crossed with other breeds, it had a large impact on the commercial table bird market. The American strain continues to show a less than upright carriage whilst the British and European Pekins retain the characteristics described below. The British Standard between 1910 and 1930 insisted on a plumage that was deep cream or ‘buff canary’, and when this strain ‘died out’ fresh importations were made from Europe. The present exhibition strain is therefore often referred to as the ‘German Pekin’, largely to distinguish it from the American. This is a variety that continues to thrive as an exhibition breed and also as basic stock for commercial breeding. In addition, it provided genetic material for several modern breeds, including the Saxony.