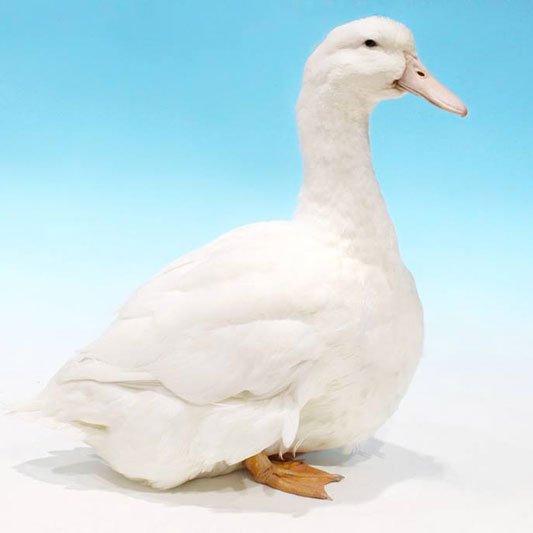 The Aylesbury derives its name from the town of Aylesbury in Buckinghamshire, where it was bred as a white table duck in the eighteenth century and used in increasingly large numbers to supply the London market. The white plumage was valued for quilt filling and the pale skin contributed an attractive carcass. This light colouration is evident in the pink bill colour that continues to be a key characteristic of the breed.

The Aylesbury was a leading waterfowl exhibit in the first National Poultry Show held at the London Zoological Gardens in June 1845. This was the beginning of live poultry exhibitions, and it was the Victorian stress on size that led to the development of the modern Aylesbury with its pronounced keel and long, pink bill. It was standardised in 1865.