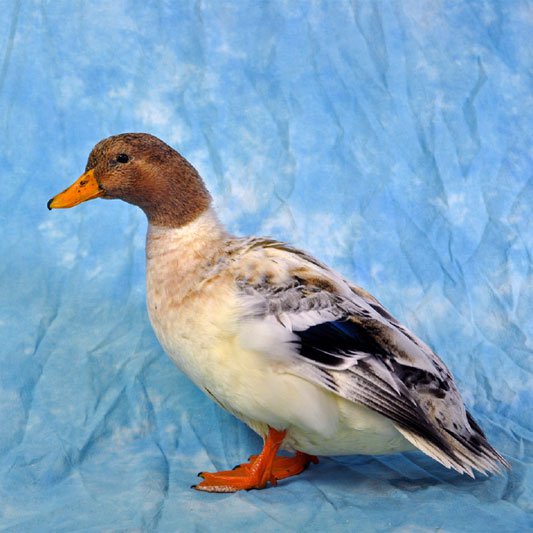 This bantam breed was formerly known as the Silver Appleyard Bantam. It was produced by Reginald Appleyard from a cross between a small khaki Campbell duck and a white Call drake in the 1940s. The Silver Bantam does not have the same colour genes as the large Silver Appleyard, hence the change of name when the Miniature Appleyard was standardised in 1997. The Bantam is very similar to the Abacot Ranger, which was also developed from khaki Campbells and crossed to a white drake. In this way, the dusky mallard genes were retained and the hidden harlequin-phase genes were revealed.