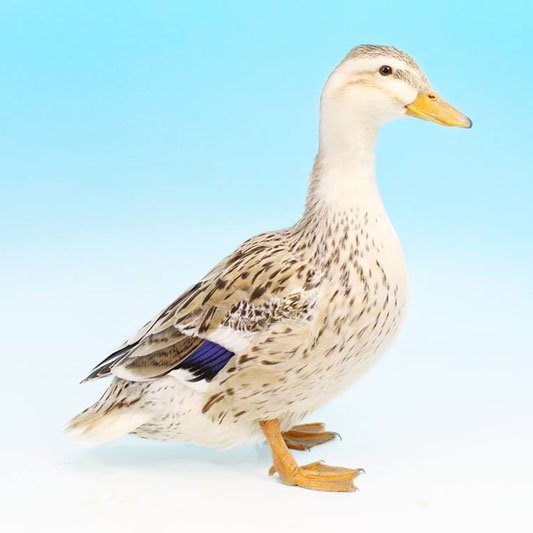 Developed in the 1980s and shown at the first BWA Championship Waterfowl Exhibition of 1987 by Tom Bartlett of Folly Farm, this Bantam Duck is a miniature version of the original Silver Appleyard produced by Reginald Appleyard in the mid-twentieth century. The Miniature, first standardised in 1997, is roughly a third of the weight of the original, large breed.