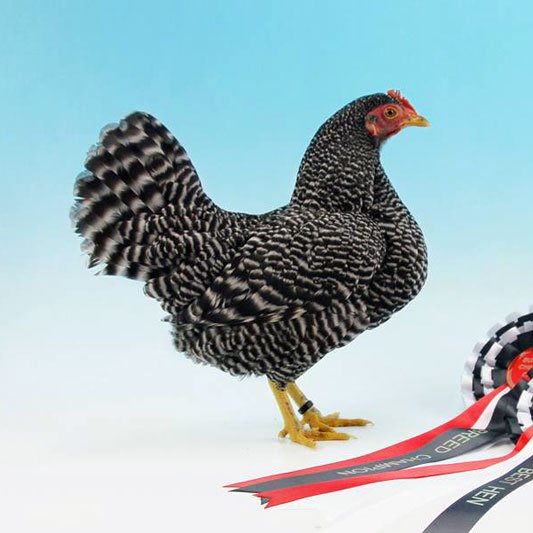 The originator of this breed was Trevor Martin, starting in Suffolk and ending in Norfolk, England. He was given by a friend a miniature Barred Plymouth Rock male in 1994. Another friend gave him a laying hen, probably not purebred, which was described as brown with a hint of pencilling. When the first eggs from this pair were hatched the male, though poorly barred, had a large tail, which started a breeding programme to produce a breed that resembled a Plymouth Rock with a longer tail as Mr Martin thought that the Barred Plymouth Rock had an unfinished look. Although type drifted slightly away from the Plymouth Rock, the birds retained their attractive barring and were first shown in non-standard classes in 2002. The selection process was based upon Darwinian principles. The breed was accepted by the Poultry Club of Great Britain in 2013.