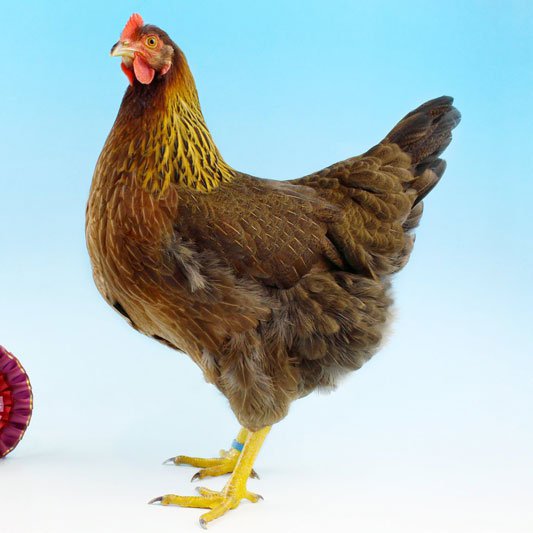 Named after the village of Welsum, this Dutch breed has in its make-up such breeds as the partridge Cochin, partridge Wyandotte and partridge Leghorn, and still later the Barnevelder and the Rhode Island Red. In 1928, stock was imported into this country from The Netherlands, in particular for its large brown egg, which remains its special feature, some products being mottled with brown spots. It has distinctive markings and colour, and comes into the light-breed category, although it has good body size. It enters the medium class in the country of its origin. Judges and breeders work to a Standard that values indications of productiveness, so that laying merits can be combined with beauty.