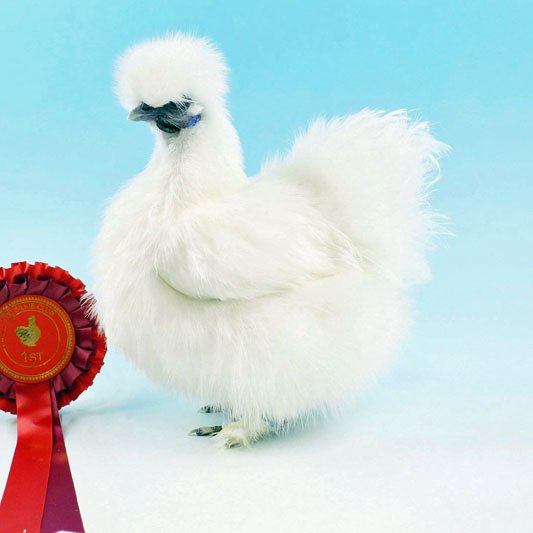 Silkie fowls have been mentioned by authorities for several hundred years. Some think that they originated in India, whilst others favour China and Japan. The Silkie is regarded as a light breed, and as such it must be exhibited. The Silkie’s persistent broodiness is a breed characteristic, either pure or crossed.