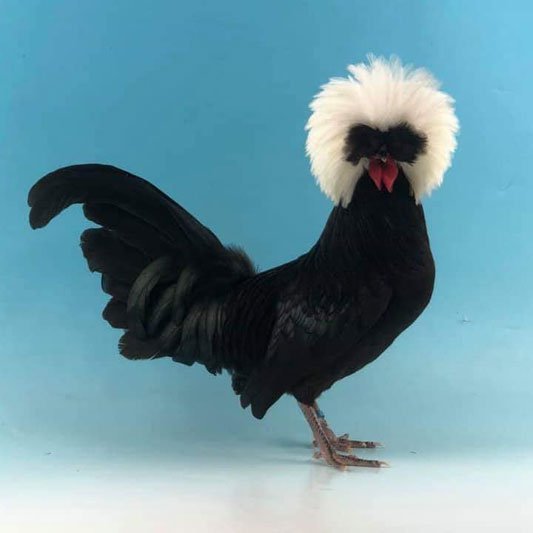 The Poland is known for its prominent crest of feathers, which sets it apart from many other breeds. Mentioned in the literature as early as the sixteenth century, the Poland, sometimes in earlier documentation, was associated with the name Paduan or Patavian fowl, although there are illustrations showing the bird without muff or beard. The oldest reference found to date is the stone statue in the Vatican, which bears a very close resemblance to a crested fowl. At the first poultry show in London in 1845, the Poland had classifications for the gold, silver spangled, black and white, and was standardised in the first Book of Standards in 1865 in white-crested black, golden and silver varieties. All white-crested varieties are without muffling, while laced and other self varieties have muffs.