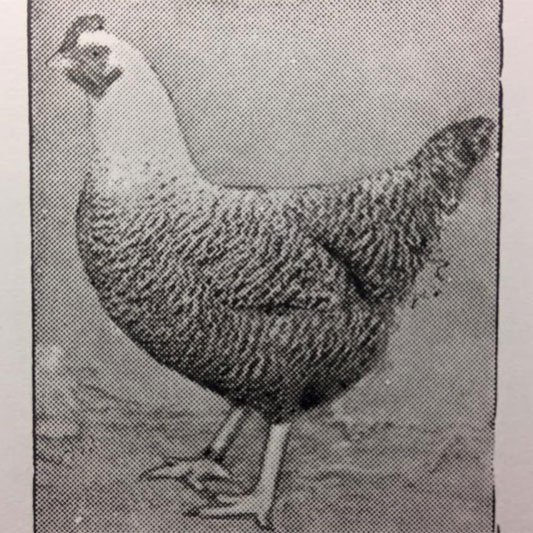 It was the accidental discovery of an autosexing characteristic that led to the further production of Cambars from Campines and Barred Rocks. This resulted in the team from Cambridge showing the first Cambars at the Third World Poultry Congress in 1930. Unlike some of the other autosexing breeds, Cambars do not simply resemble another colour of Campine, but differ in type and weight. They are a dual-purpose breed of medium size, being intermediate between the cross of the light Campine and heavy barred Rocks. They were standardised in 1947, on the promise that the breeding would favour white lobes and a more Campine-like type.