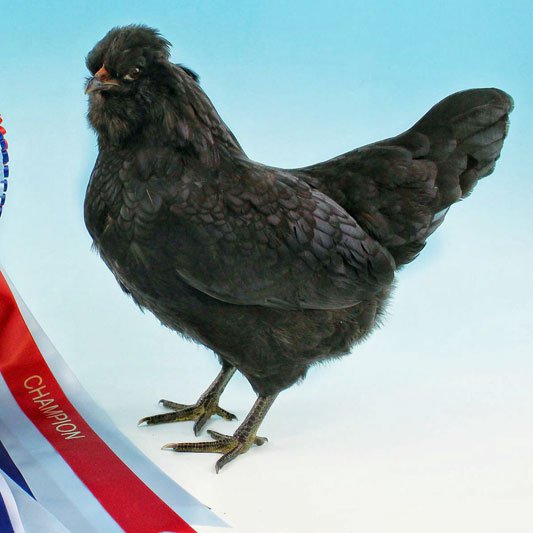 When the Spaniards arrived in South America, bringing with them the light Mediterranean breeds, they found that the indigenous Indians had domestic fowl which soon cross-bred with the incomers. Notable for their fierce resistance to the Spaniards, however, were the Indians of the Arauca province of northern Chile, who were never conquered. The name Araucana for the breed is derived therefore from that part of the world where the South American and European fowls had the least opportunity to interbreed.

The Araucana breed Standard in the British Isles is generally as envisaged by George Malcolm, who created the true-breeding lavender Araucana, among other colours, in Scotland during the 1930s. Araucanas are prolific layers of strong-shelled eggs, blue or green eggs having been reported from South America from the mid-sixteenth century onwards. These are unique in that their colour permeates throughout the shell.