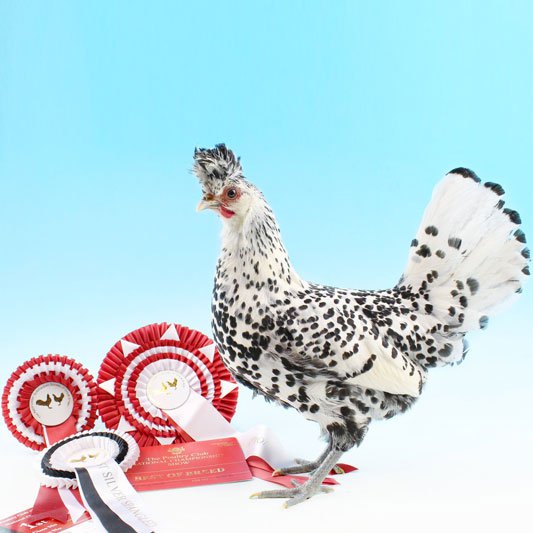 The Appenzell Canton is in the north-eastern part of Switzerland. It is not known how long Spitzhaubens have been bred there, but the very similar Brabanter from The Netherlands was depicted in seventeenth century paintings, so Appenzeller Spitzhaubens may date from the same period. The Appenzeller Barthuhner was developed in the 1860s from crosses between Brown Leghorns, Russian Beardeds and Polveranas (now extinct, related to Bearded Polands). Kurt Fischer, of Stuttgart-Zuffenhausen, Germany, was a leading breeder involved in the revival of both breeds in the 1950s, as they had almost died out during the Second World War.