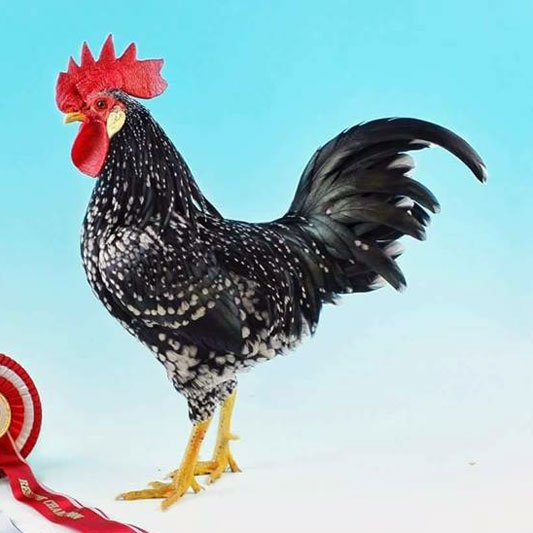 Named after the province of Ancona in Italy, specimens of this Mediterranean breed were imported into England in 1851, first the single then the rose comb. Controversy centres around the view that Anconas are akin to the original mottled Leghorn and, therefore, a member of the Leghorn family. However, the fact remains that breeders adhere to the name of Ancona. The breed has retained its popularity on the show bench not only for its laying propensities, but also because of its combination of breed type and characteristics of usefulness.