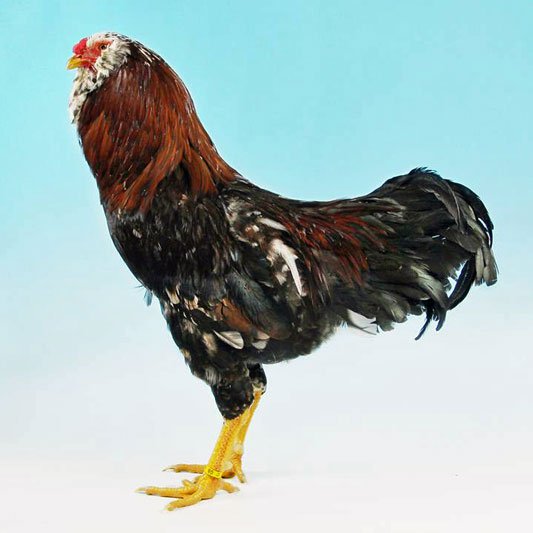 This breed originally came from the Gilan province of northern Iran, where it was known as the Chilianskaia. Some were taken to Moscow and renamed by Count Orloff Techesmensky. From Russia they became known to British, Dutch and German poultry experts in the 1880s and 1890s, and an Orloff Club existed in Britain in the 1920s and 1930s and was reformed as the Russian Orloff Society in 2011. Orloff bantams have been known in Germany since 1925, but did not reach Britain until the 1970s. As this Standard indicates, Orloffs are mainly judged on type and character, especially of the head.