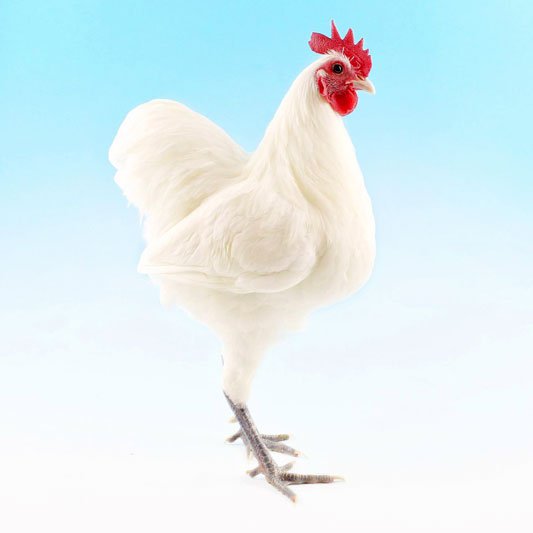 Langshans were first imported into Germany and Austria in 1879 from Major and Miss Croad in England. German breeders kept to the Croad type, while others, led by Baron Villa-Secca of Vienna, developed their own Deutsches Langshan. A breed club was formed for their new type of Langshan in 1895. German Langshans are tall birds with unfeathered shanks and feet, and a rising tail and backline. These characteristics combine to give them their ‘wine glass’ outline when viewed in profile. Johann Heermann of Wedel, Holstein, developed German Langshan bantams circa 1902–1912.