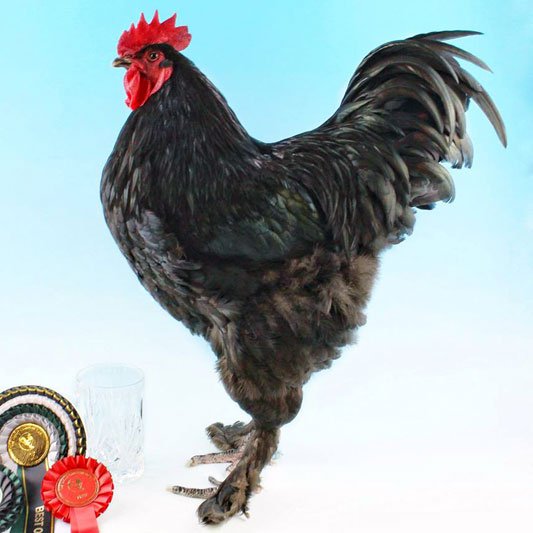 The first importation of Langshans into this country was made by Major Croad and, as with other Asiatic breeds, controversy centred around it. Already there was the black Cochin and then the black Langshan, some contending both were one breed, and others that they were quite separate Chinese breeds. As developed here the breed was called the Croad Langshan after the name of the importer. In 1904, a Croad Langshan club was formed to maintain the original stamp of the bird. The Modern Langshan has been developed along different lines and, in consequence, the two types are shown in separate classes at shows. Indeed, the Croad Langshan is successfully shown within its own breed classes at major shows, whereas the popularity of the Modern Langshan has dwindled, and is now shown in the Rare Poultry Society section.