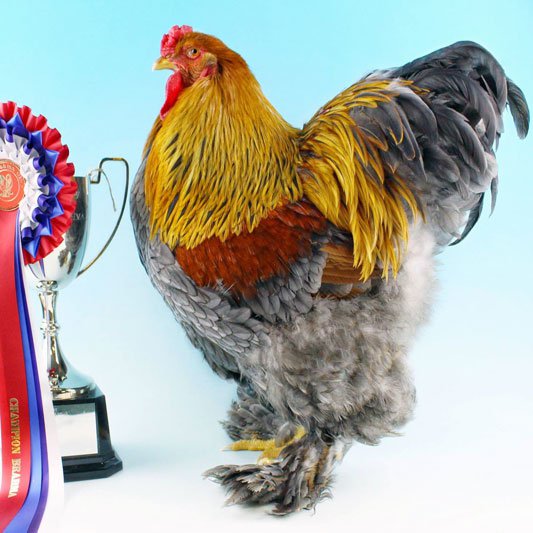 Although the name Brahma is taken from the river Brahmaputra in India, it is now generally agreed that they were created in America from large feather-legged birds imported from China in the 1840s known as Shanghais. These were crossed with Malay-type birds from India, known as Grey Chittagongs, which introduced the pea comb and the beetle brow. Rivalry between breeders of various strains led to a wide variety of names and much confusion. A panel of judges meeting in Boston, MD, USA, in 1852 declared the official name to be Brahmapootras, later shortened to Brahma. After a consignment of nine birds was sent to Queen Victoria in 1852, the Brahma became one of the leading Asiatic breeds in this country. Both light and pencilled Brahmas were included in the Poultry Club’s first Book of Standards in 1865.