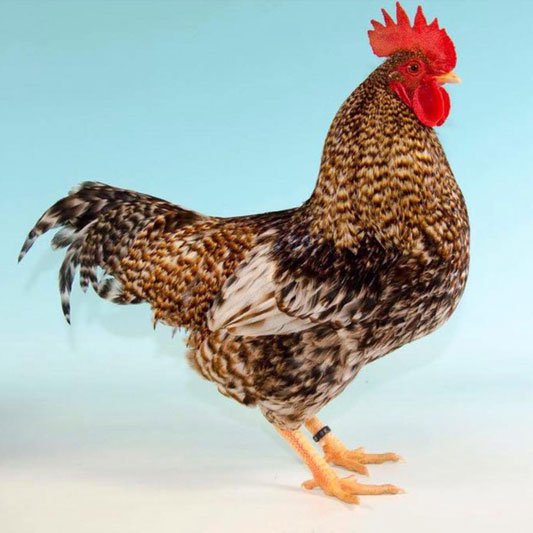 The Rhode Island Red was widely recognised to be one of the most commercially viable breeds, hence it was to be expected that an autosexing breed based on the Rhode Island Red would be created. A number of production efforts around the world were carried out in the 1940s and 1950s, each relying on slightly differing methods to produce the final Rhodebars. They are believed to be birds from a Mr B.de H. Pickard from Sussex that were shown to the Poultry Club of Great Britain in 1951 for standardisation. Mr Pickard created his strain from Rhode Island Red and barred Rock crosses, similar to an earlier team from Canada.