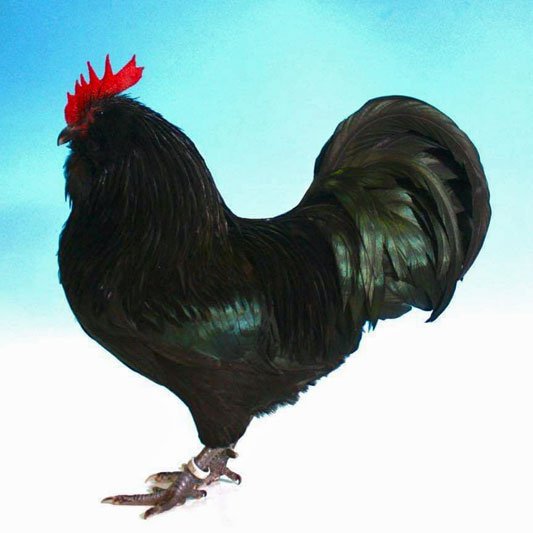 The first recorded mention of these fowls in the Thüringen state of Germany was in 1793. They were known as Thüringer Pausbäckchen until they were standardised under their present German name of Thüringer Barthuhn on 8 March 1907. They have been seen at British poultry shows since about 2000 but initially only in the chamois and silver spangled colour varieties, with other colours appearing later. They are gaining in popularity in Britain, however maintaining the small size of the bantams remains a priority.