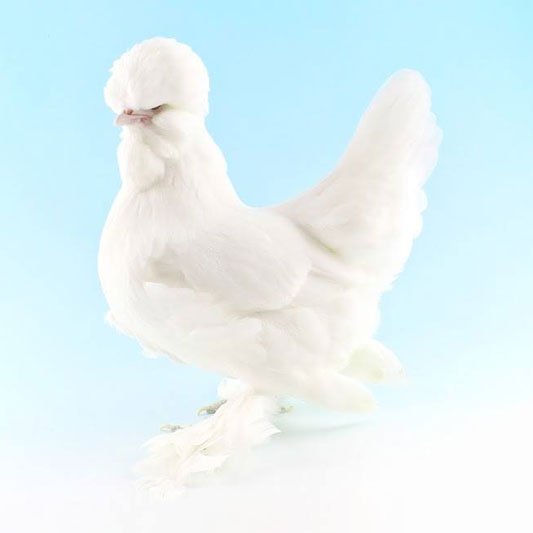 With head crest, beard, vulture hocks, feathered legs, five toes and snow-white plumage, Sultans have always been an ornamental breed. They were originally found strutting around the Sultan of Constantinople’s palace garden. All today’s Sultans are descended from a crate imported by Miss Elizabeth Watts of Hampstead in January 1854. They have never been numerous, but have a dedicated following.