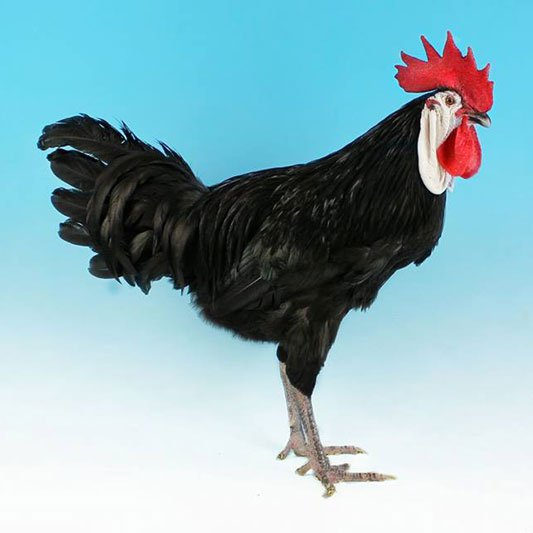 The white-faced black Spanish is one of our oldest breeds, and was widely kept and admired long before the advent of poultry shows in the latter half of the nineteenth century. Of striking appearance, with its extensive white face, surrounding eyes and ears and extending lower than the wattles, the Spanish was also a good layer of large white eggs. In the last decade, the breed has gained popularity, especially with the reintroduction of the bantam form, although bantam white-faced Spanish were popular around the 1900s.