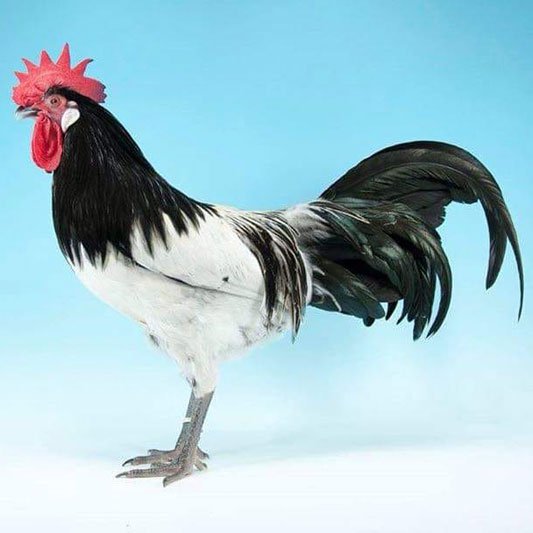 Lakervelt is a village near Utrecht, in the east of The Netherlands. It is also the place of origin of Lakenvelder cattle, which have a similar black and white colour pattern. The area where the chicken breed developed extended over the border to the Nordrhein-Westfalen region of Germany, where the breed name is Lakenfelder. These distinctively patterned chickens were recorded as far back as 1727. They were not imported to the UK until 1901 and then first exhibited at the 1902 Shrewsbury Show. Their popularity has been limited because very few birds have the desired completely black neck and tail with a white body.