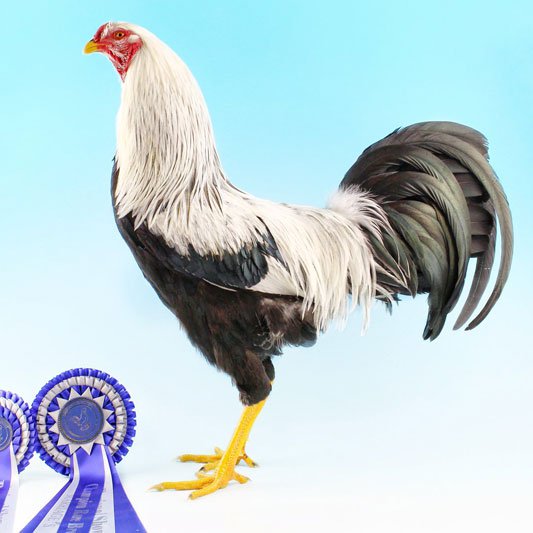 Kraienköppe (pronounced Krai-en-kerper) is the German name, Twentse the Dutch name for this border area breed. The basic breed type began with crosses between Malays and local farmyard fowls in the late nineteenth century. Later, silver duckwing Leghorns were introduced. Kraienköppe were first exhibited in The Netherlands in 1920 and Germany in 1925. The bantams were developed from crosses of the large breed with Malay bantams. They were first exhibited in The Netherlands in 1940, in Germany in 1955 and in Britain around 1970.