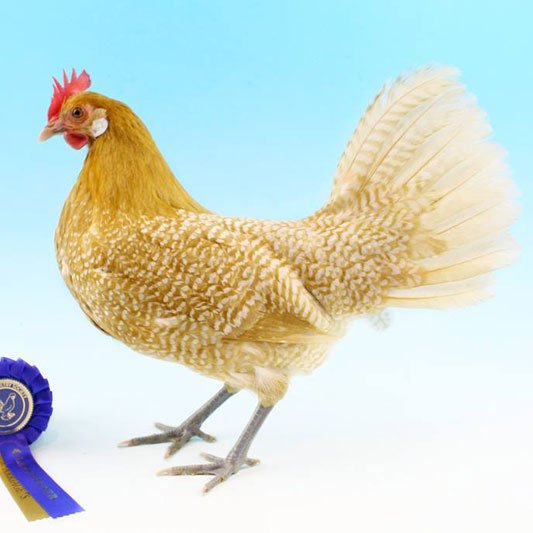 Friesian fowls are from the windswept northern coastal region of The Netherlands. This region was very isolated until modem times, so the breed is thought to be very similar to those bred in the area 1000 years ago. They are small, active and hardy birds, a characteristic they share with breeds from other parts of the world where chickens were expected to find most of their own food by foraging. Friesians have attracted several breeders in the UK since the 1980s, most choosing the chamois pencilled variety. As large Friesians are a small breed, they have frequently been entered in bantam classes at shows here by mistake. Friesian bantams are tiny, about the same size as Dutch bantams.