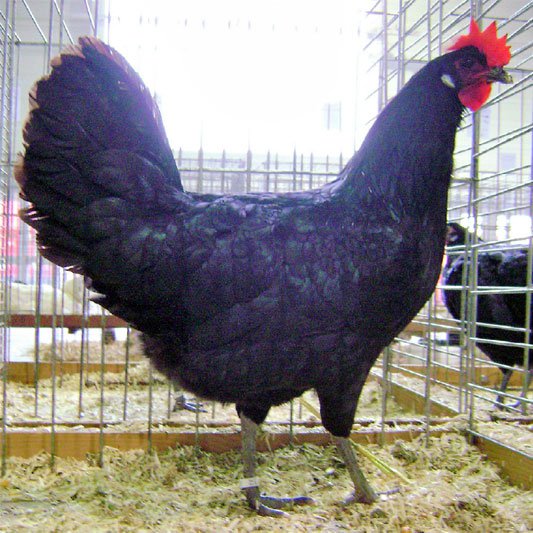 The Bresse-Gauloise, deriving its name from the territory south of Burgundy, is a fairly firmly established favourite in France, renowned for its table qualities. There have been many attempts to popularise the breed in this country, and it is strange that a bird of such potential should fail to make its mark; for it is not to be despised as a layer, and it is quick maturing and hardy. As to its early failures as a table bird in Britain possibly an answer is to be found in the fact that it possesses shanks of a dark slate colour, and on this side of the Channel the prejudice against skin and legs of any colour other than white is extremely strong. It is however seeing a recent upsurge in keepers in recent years, and the fate of the breed in Britain may therefore be promising.