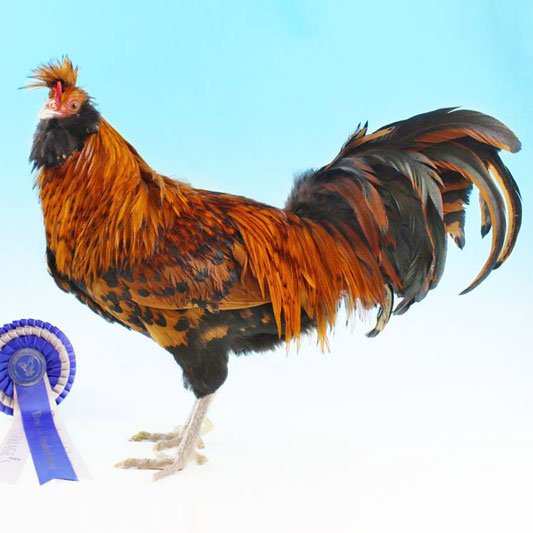 Brabanters are known to have been bred in The Netherlands for at least 400 years because they were depicted in seventeenth century Dutch paintings. The bantam version was made comparatively recently however, and standardised in The Netherlands in 1934. They have a pointed crest, similar to crests on Appenzeller Spitzhaubens; however, Brabanters also have beards.