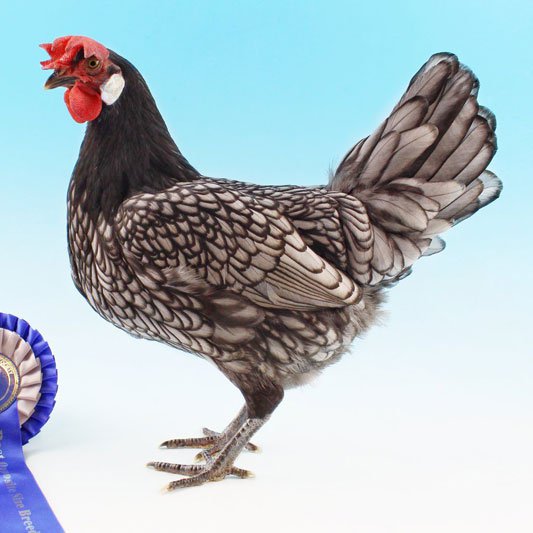 Leonard Barber is believed to have been the first importer of chickens from the Andalucía region of Spain in 1846 and 1847, but these had an assortment of plumage colours. The Standard Blue Andalusian, with its characteristic sharp lacing, was developed in England. The two leading breeders in the 1850s who started this process were John Taylor, of Shepherd’s Bush, London, and Mr Coles of Fareham, Hampshire. It took several decades of selective breeding by a succession of fanciers before birds with the perfect colour and lacing depicted by Victorian artists became a reality. In Spain the laced as we know them are recognised as English Andalusians, with all other colours known as Spanish Andalusians, and their blues are not laced. Andalusian bantams first appeared in the 1880s.